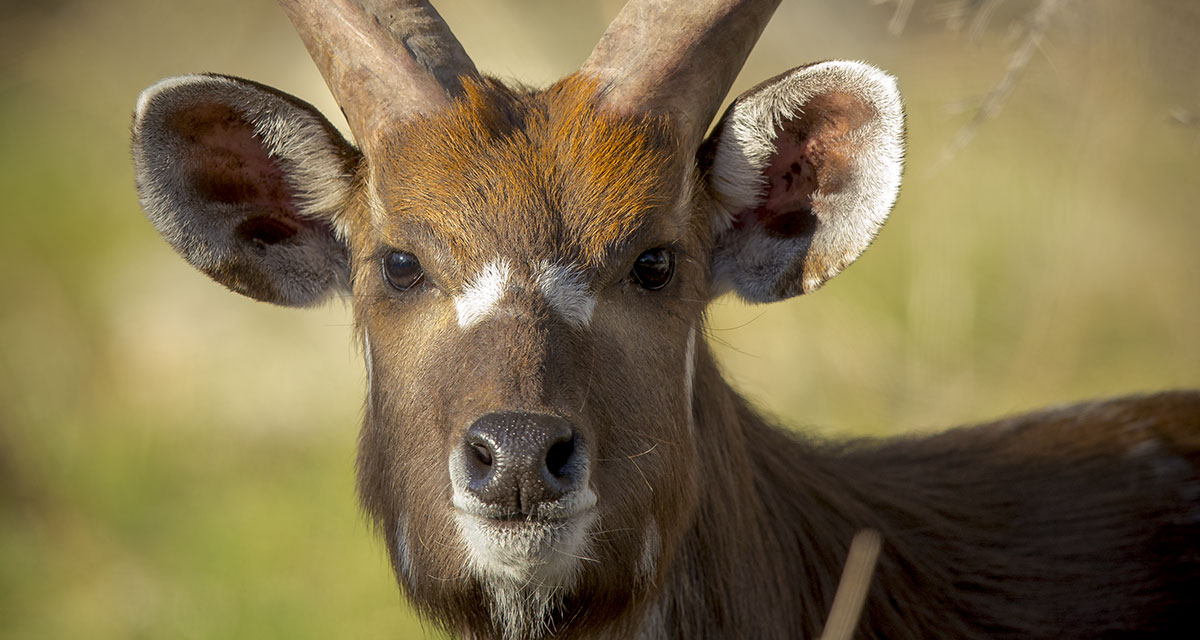 Habitat loss is the most severe threat to the survival of the sitatunga. Other threats include the increasing loss of wetlands, that has isolated populations; and long-term changes in the water level, that affects the nearby vegetation and thus bears upon their diet. Vast areas of Bangweulu and Busanga are burnt every year, placing animals like the sitatunga at grave risk given the inflammability of swamps. The sitatunga has been classified under the Least Concern category by the International Union for Conservation of Nature and Natural Resources (IUCN), and under Appendix III (Ghana) of the Washington Convention.

In Senegal, intensive hunting for meat and habitat degradation have made the sitatunga very rare. Formerly it was common throughout Gambia, but now it is confined to a few inaccessible swamps; a population has been introduced in the Abuko Nature Reserve. On the other hand, though the animal is hunted by locals primarily for food, Botswana still supports a large portion of the total population. The species is of great economic significance for northern Botswana, that produces some of the world’s biggest sitatunga trophies. Its status is unclear in Chad, Ghana, Guinea, Burundi and Mozambique and Zimbabwe. Significant populations still exist in countries such as Cameroon, Central African Republic, The Democratic Republic of Congo, Equatorial Guinea, Gabon,Tanzania and Zambia.The inaccessibility of its habitat has rendered population estimates very difficult. In 1999, Rod East of the IUCN SSC Antelope Specialist Group estimated a total population of 170,000, but this is likely to be an overestimate. Its numbers are decreasing in areas of heavy human settlement, but are stable elsewhere.