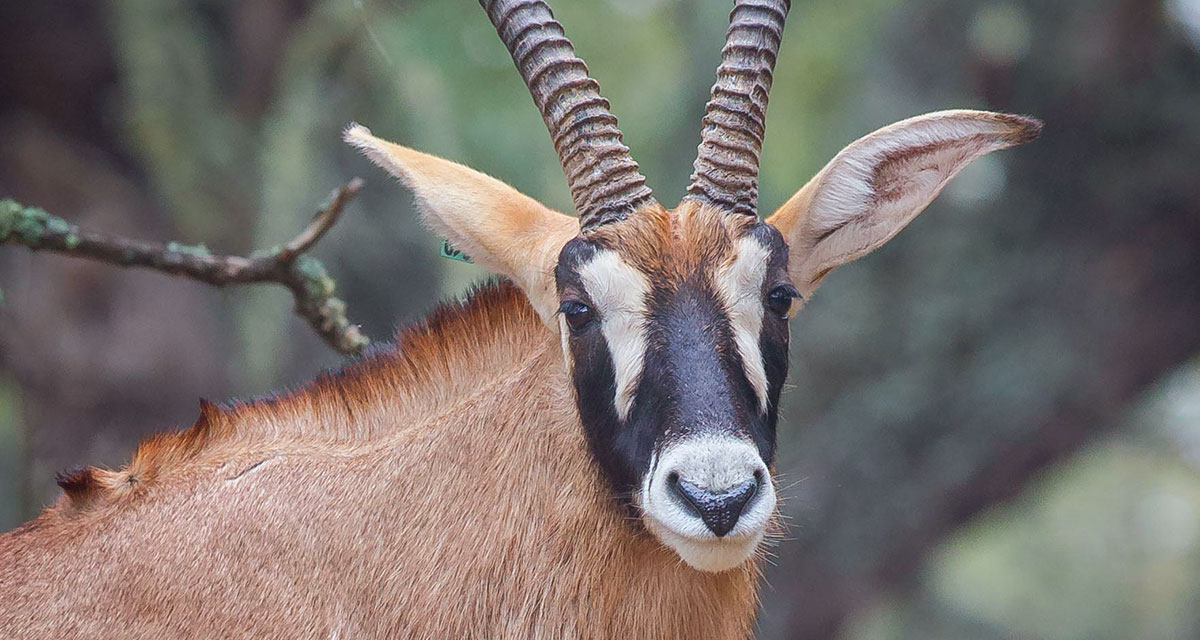 The roan antelope (Hippotragus equinus) is a savanna antelope found in West, Central, East and Southern Africa. It is the namesake of the Chevaline project, whose name was taken from the French Antelope Chevaline.

They are similar in appearance to sable antelope and can be confused where their ranges overlap. Sable antelope males are darker, being black rather than dark brown.

Roan antelope are found in woodland and grassland savanna, mainly in the tropical and subtropical grasslands, savannas, and shrublands biome, which range in tree density from forest with a grassy understorey (such as central Zambezian Miombo woodlands) to grasslands dotted with few trees, where they eat midlength grasses. They form harem groups of five to 15 animals with a dominant male. Roan antelope commonly fight among themselves for dominance of their herd, brandishing their horns while both animals are on their knees.