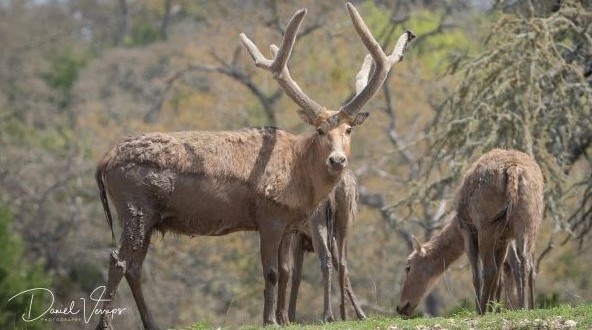 The Père David’s deer (Elaphurus davidianus), also known as the milu or elaphure, is a species of deer that went extinct in the wild, but has been reintroduced in some areas. The Pere David is native to the river valleys of China, where it prefers wetland habitats. It grazes mainly on grass and aquatic plants. It is the only extant member of the genus Elaphurus.

The Pere David, which went extinct in China has been thriving in Texas for years. The species has been reintroduced all over the world thanks to breeding within zoos and private ranches. There are now estimated to be more than 50 herds in China as well.