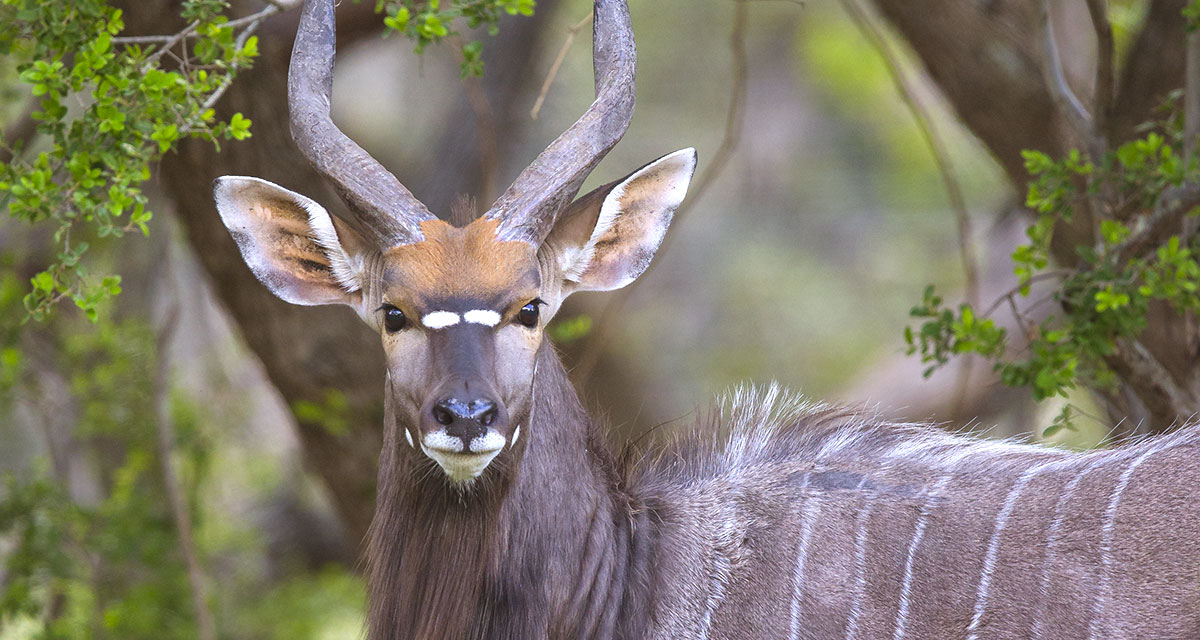 The major threats to the population of the nyala are poaching, habitat loss, agriculture and cattle grazing. Rinderpest outbreaks have also contributed in population loss.This species is currently of Least Concern, and the population is considered stable by both the IUCN and CITES. As of 1999, the total population of the nyala was around 32,000 individuals. More recent estimates show that South Africa has at least 30,000 nyalas, with 25,000 in KwaZulu-Natal. There are now more than 1,000 on protected areas and ranches in Swaziland. In Mozambique there are not more than 3,000, in Zimbabwe there are over 1,000 while numbers in Malawi have fallen from 3,000 to about 1,500. Namibia has the least population, about 250.