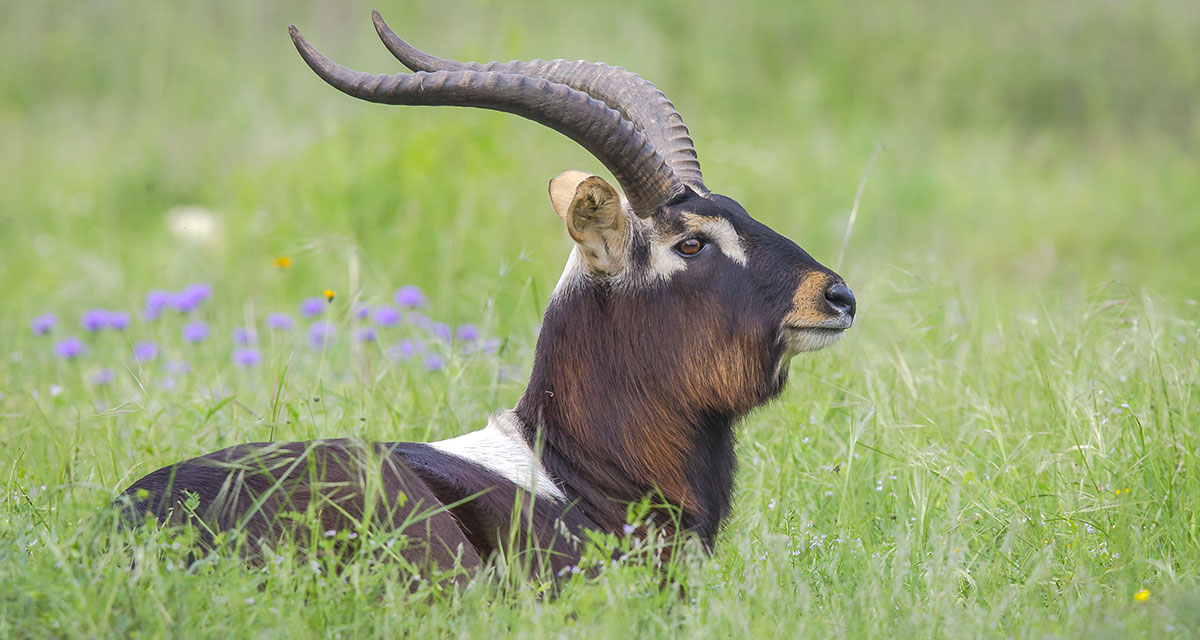 The Nile lechwe has been classified under the Endangered category by the International Union for Conservation of Nature and Natural Resources (IUCN). In 1983, aerial surveys gave a total population estimate of 30,000- 40,000 individuals, of which 95 percent were concentrated in the Sudds and the rest occurred between Sudan and Ethiopia. In the 1980s, the population in the Machars was estimated at 900. A population of around 150 was also reported from the swamps in Gilo River in 1967. There is also an increasing population held in captivity.

In Sudan, Nile lechwe populations occur in three protected areas : Zeraf Game Reserve, that extends over 9,700 km2 (3,700 sq mi) along the Bahr el Zeraf; Fanyikang Game Reserve, north of Bahr el Ghazal, covering over 480 km2 (190 sq mi); and Shambe National Park, that stretches over 620 km2 (240 sq mi) along Bahr al Jabal. The Nile lechwe keep moving in and out of these areas. In Ethiopia they occur in the Gabella National Park. A study outlined priorities for both in situ and ex situ conservation of this species.