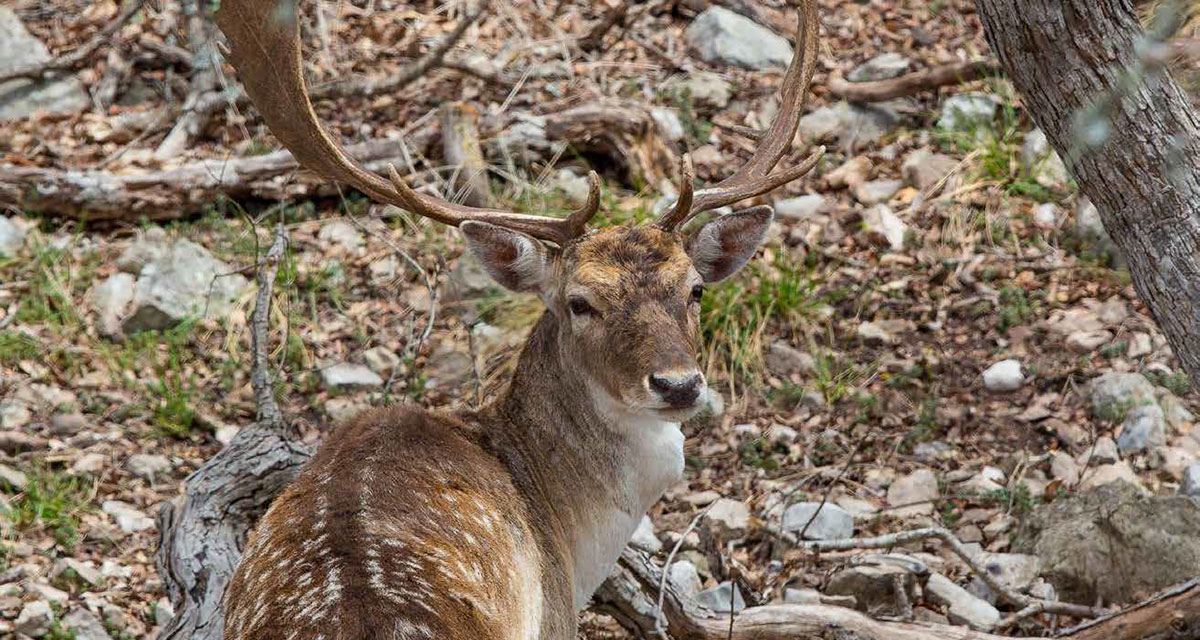 The fallow deer (Dama dama) is a ruminant mammal belonging to the family Cervidae. This common species is native to western Eurasia, but has been introduced to South Africa, FernandoPó, SãoTomé,Madagascar,Mauritius, Mayotte, Réunion, Seychelles, Comoro Islands, Morocco, Algeria, Tunisia, Cyprus, Cape Verde, Australia, New Zealand, Canada, United States, the Falkland Islands and Peru. It often includes the rarer Persian fallow deer as a subspecies (D. d. mesopotamica), while others treat it as an entirely different species.

There is much variation in the coat colour of the species, with four main variants: “common”, “menil”, melanistic and leucistic – a genuine colour variety, not albinistic. The white is the lightest coloured, almost white; common and menil are darker, and melanistic is very dark, sometimes even black (easily confused with the sika deer).

Common: Chestnut coat with white mottles that are most pronounced in summer with a much darker, unspotted coat in the winter.Light-coloured area around the tail, edged with black.Tail is light with a black stripe.

Menil: Spots more distinct than common in summer and no black around the rump patch or on the tail. In winter, spots still clear on a darker brown coat.

Most herds consist of the common coat variation, yet it is not rare to see animals of the menil coat variation. The Melanistic variation is generally rarer and white very much rarer still, although wild New Zealand herds often have a high melanistic percentage.

Only bucks have antlers, which are broad and shovel-shaped (palmate) from three years. In the first two years the antler is a single spike. They are grazing animals; their preferred habitat is mixed woodland and open grassland. During the rut bucks will spread out and females move between them, at this time of year fallow deer are relatively ungrouped compared to the rest of the year when they try to stay together in groups of up to 150.

Agile and fast in case of danger, fallow deer can run up to a maximum speed of 30 mph (48 km/h) over short distances (being naturally less muscular than other cervids such as roe deer, they are not as fast). Fallow deer can also make jumps up to 1.75 metres high and up to 5 metres in length.